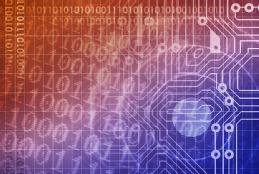 The database market is no longer stuck in relational status quo

Relational databases were never really the only data management game in town, but it sure felt that way for many years. The Big Three relational database vendors -- Oracle, Microsoft and IBM -- seemed to have cornered the lion's share (better than 90%) of the database management systems market.

In an October 2016 Magic Quadrant report, consulting company Gartner noted that, until recently, it viewed the market for operational database platforms as "very mature, with few new entrants to challenge the status quo." But things have changed over the past five years in ways that Gartner described as "transformational."

That includes the emergence of NoSQL databases as alternatives to relational software for big data applications. In addition, the growth of cloud computing platforms has further expanded database options. For example, Amazon Web Services (AWS) offers four database and data warehouse systems in its cloud, plus an in-memory data store. Microsoft has more than a half-dozen such offerings for its Azure cloud.

The plethora of database platforms can complicate deployments. Even in the theoretically cost-friendly cloud, companies "need to figure out optimal storage locations" for data to avoid getting stuck with a bigger-than-expected bill, says Marc Gallman, senior manager of big data at PC maker Lenovo Group Ltd.

Gallman and his team are wrestling with the issue of where to put data in an expanded analytics architecture in the AWS cloud. "We realized that you have to be careful about it, or you can end up paying more [than for on-premises systems]," he says.

On the other hand, the increased database choices allow organizations to design architectures that better meet their specific needs, whether on premises or in the cloud. This handbook offers insight and advice on dealing with the database variety.

The database market is no longer stuck in relational status quo

The days when relational databases were the answer to almost every data management question have given way to a more varied environment, which has pros and cons for IT teams.

NoSQL databases provide alternatives to relational software for managing pools of big data. But prospective buyers need to discern between the various types of NoSQL technologies.

In a Q&A, EMA analyst John Myers advises IT teams to look at big data workloads when sorting through new and different types of databases and open source tools. His word on Spark? It's still young.

Managed data services are growing in use, as types of data stores proliferate and the cloud becomes the home for more data. DevOps is a driver behind the changes, which bring new duties and needed skills for DBAs.